“It had to be sunny, open and well connected to the site, to have a beach house look and feel with intimate spaces to rest in.”

Taking his inspiration from Waiheke Island’s boutique hotel The Boatshed, Uwe Weiland had a firm concept plan for his new home in Russell.

It was important to Uwe that the house be sympathetic to the colonial character of the seaside town, and the boatshed aesthetic was fitting considering the hillside section the home would sit on overlooked the Russell Boating Club.

“The section has bush, valley and water views so we wanted to have a view from every room,” says Uwe. “So we just took five boatsheds and put them together and offset them.” While that might sound simple the reality was somewhat different on a sloping site, especially as Uwe and partner Angela wanted to landscape around the five gabled structures to give them a sense of permanence.

Uwe says 4m deep foundations were used and 5000 blocks went into the foundation wall, with 800 tonnes of boulders trucked in to terrace the northwest-facing site.

“The landscaping was just as important to us as the building,” says Uwe. “We wanted it to look as if it had been there forever.” He adds. “Having the chance to build your own home, it’s a bit like leaving your signature somewhere so you want to get it right. We were doing the planting in parallel to the building so that once one part of the build was finished and there was going to be no more disturbance, we did the planting of that area. When the house was finished, the whole section looked very settled.”

Uwe’s concept was made reality by Arcline Architecture, with Alan Simpkin helping to flesh it out and draw plans up for council approval. “Working with Arcline was quite easy,” says Uwe. “Alan was highly flexible and full of ideas.”

Alan says the design of the home sits comfortably with the surrounding character cottages. “Most of these are clad in white weatherboards with corrugated roofing so the home fits well into this vernacular,” he says. “The home had to be zoned into separate spaces for when Uwe and Angela’s visitors come to stay. It had to be sunny, open and well connected to the site, to have a beach house look and feel with intimate spaces to rest in.” Alan met the couple on site and discussed where the rooms were to go in relation to the views and sun.

“Arcline came up with a pencil sketch design of five pavilions all linked together,” says Alan. “This was then prepared as a CAD model for the clients to have as a walk-through. It was fine-tuned then full plans prepared and Arcline obtained all the engineering and building consents for the clients to make it hassle-free.”

One of the major design decisions was to avoid internal gutters between the pavilions, which are linked by intermediate roofs, creating a nice symmetry from the air.

“We did discuss that,” says Uwe. “And Alan said if you want peace of mind, you should not have internal gutters.”

Other design features were a large round window in one of the pavilions to maximise the view, and about 100sq m of wrap around decking along the seaward-facing side of the house that enhances indoor-outdoor flow. The second pavilion has a raked ceiling with exposed trusses and acts as a ‘breezeway’ because it can be opened up at both ends. There is a sunny, sheltered outdoor rear patio from where you can look through the ‘breezeway’ pavilion and enjoy the view.

Another feature incorporated into the house is the Subway-style, over-wall sliding glass doors off the dining room that you push apart.

Uwe, who has a background in marine engineering, project-managed the build, which was undertaken by Selwyn Cartridge, who had built Uwe’s previous home in the bush near Russell.

“With the tradespeople like the plumber and the electrician we would have no more than three on site at a time because it is distracting otherwise,” says Uwe. “I found managing the project a very enjoyable experience because coming from the marine engineering field, technical projects are nothing new to me.”

An extra challenge was that being in Russell, materials had to come on the ferry from Paihia or Kerikeri.

The home is clad in a mixture of Linea weatherboard and rough sawn ply and batten.“With the house being 28 metres long, the different materials help to break up the look and it goes well with the theme of the boatshed.”

Different styles of over-height, double-glazed windows and doors are used as well, with the couple electing to use chunkier, commercial-style joinery. The 48 windows in the house were placed in such a way as to allow light and warmth into the home.

Coming from Germany, Uwe says he was probably guilty of “overkill’ when it came to insulation, going beyond spec and even insulating the interior walls. A ventilation system keeps the house dry and three heat pumps keep it cosy although they are not needed that often in the ‘winter-less North’. With 420sq m of room, the house has plenty of catchment to fill the two concrete water tanks – totalling 50,000 litres – that are buried with planting on top.

Alan Simpkin and his wife Michelle first started their Design & Build company in 1993. After building an average of 20 homes per year over the following 10 years, the team refocused in 2003 and has concentrated on producing great architecture ever since. The Arcline team is led by Alan Simpkin, a fully qualified builder and Architectural Designer. The Kaitaia practice is passionate about modernising architecture and is breaking new ground with Virtual Reality and Augmented Reality, helping clients visualise their home design on their site before submitting for a building consent. As each design project progresses they complete building cost estimates to ensure the design is running to the client’s expected budget. 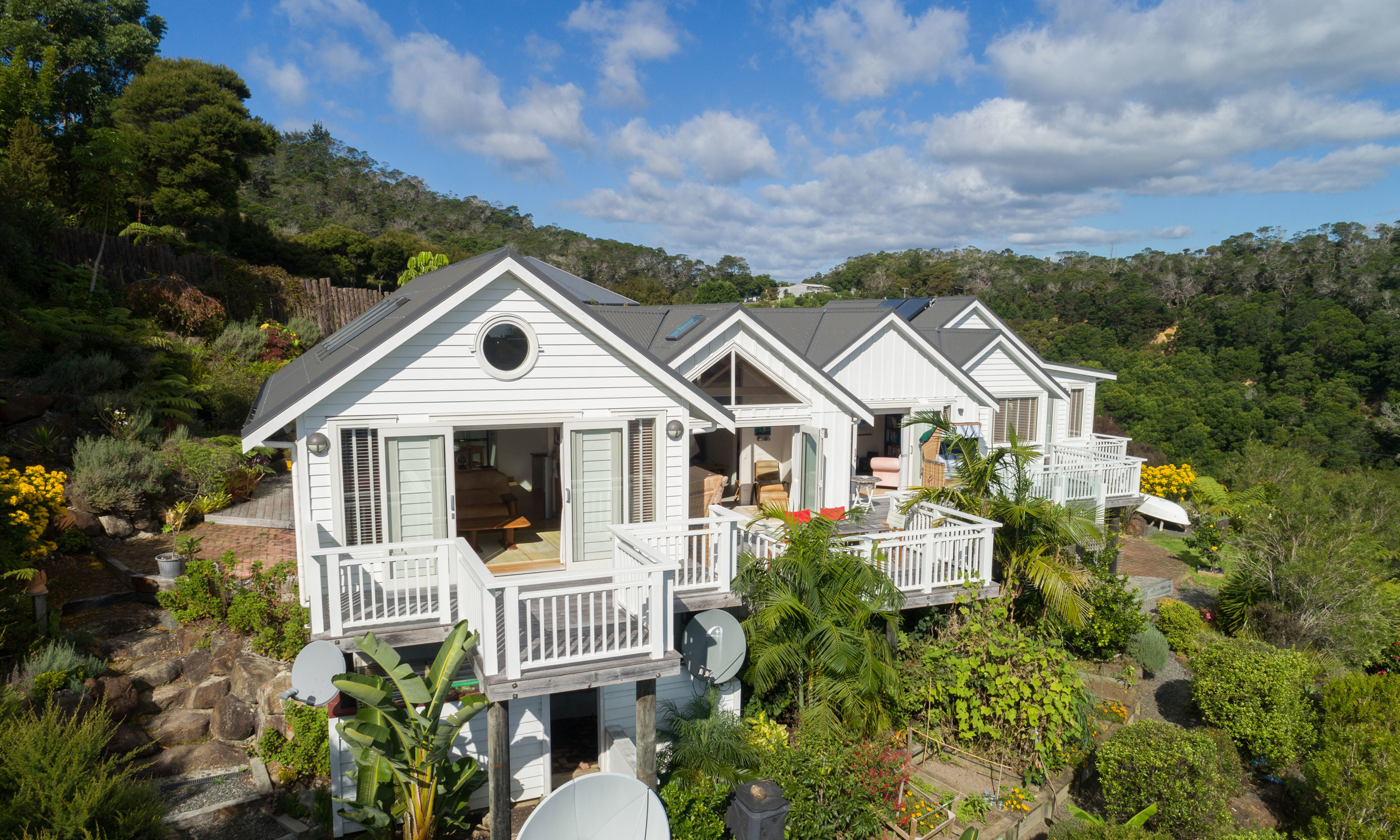 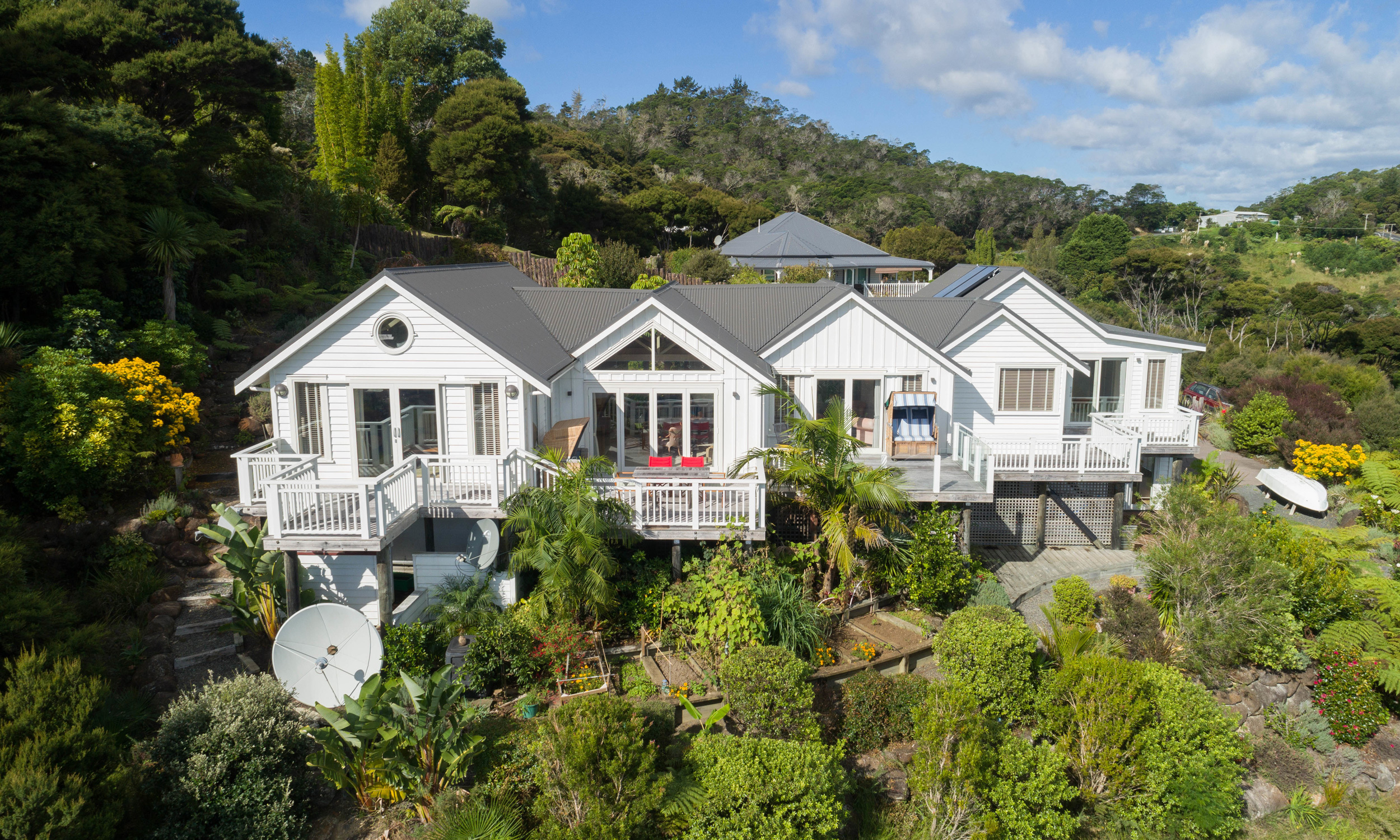 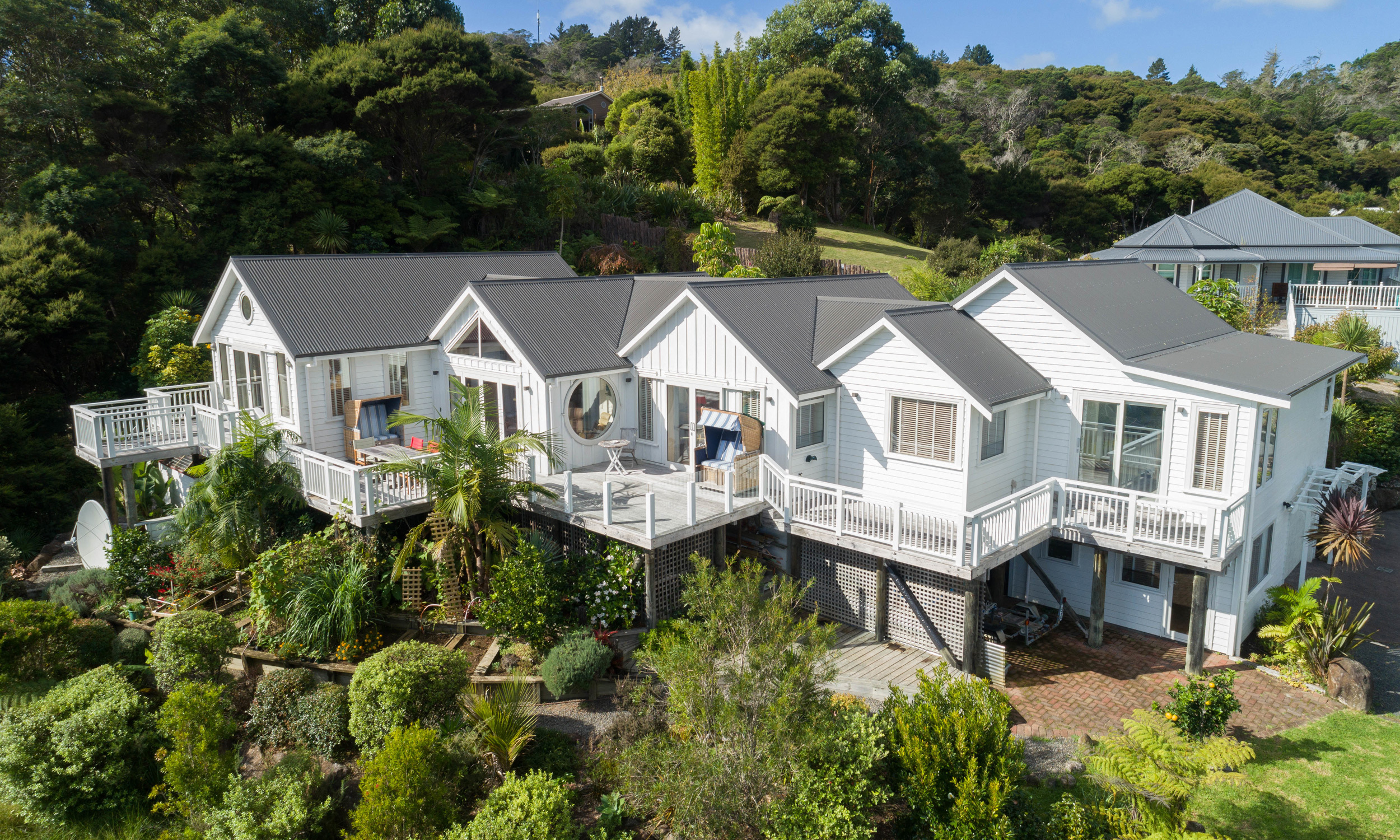