Roll to Roof: The future of large-scale industrial roof installations

A novel approach to roofing the country’s largest industrial roof

The country’s largest industrial roof has been installed using an innovative, safer and more cost-effective at-height system never used before in New Zealand. The roof on Foodstuffs’ new distribution centre at Auckland Airport will become home to the country’s largest solar panel farm to be installed later this year.

Innovation through exhaustive research and trial

Years of research and exhaustive trials have preceded the roofing of the centre: the rollforming machine being literally containerised and craned to roof height, enabling Kiwi Roofing installers to feed the 78-metre-long sheets of Dimond’s quick fix Dimondek 630 directly into position.

Normal methods of roofing this 77,500sqm roof – equivalent to around nine rugby fields in area – could not be deployed so Dimond Roofing and RANZ member, Kiwi Roofing Ltd came up with a novel approach.

From the outset, the scale of the job posed some significant challenges – namely the long sheet lengths. The shortest 17m sheet was manageable on site but the rest ranging from 25m to 75m in length meant site limitations for setting up the DD630 rollforming machine and storage of the sheets before craning to roof as has been traditionally done.

Early discussions with the main contractors on the construction programme identified site constraints with the footprint of the rollforming machine, the logistics of transporting the long roof sheets around the site and the access and size of cranes needed to lift sheets onto the roof meaning another approach was needed.

Paul Connell, Managing Director of Kiwi Roofing says discussions began with Dimond about the possibility of roll forming to the roof.

How safely could this be achieved and what impact would ground conditions have on this plan?

Says Paul: “After a fair amount of discussion we came up with the concept of suspending the rollforming machine in its container and following discussions with Auckland Cranes as to whether this could be done – and with Dimond that it was possible to do, we had several design meetings culminating in a lifting platform to accommodate both the rollforming machine and the de-coiler.

“Once the engineers finalised the design and the building of the platform commenced, Kiwi Roofing focused on the health and safety aspects: the methodology deviated significantly from conventional roll forming operations. Clearly defining each parties’ functions and overarching health and safety responsibilities was critical.

“We still could only roll form from one side of the site so getting the longest sheets up and over the ridge and down the other side safely on a building that was over 200m wide became the next challenge.

“Handling a 75m sheet safely requires a lot of physical labour which meant there were a lot of men and women on the roof who had no previous experience working at height. Mitigating any risks these individuals could potentially be exposed to was paramount to everyone involved. We even went as far as having the egress from the scissor platform modified so they could walk from the scissor platform onto the roof”.

Jason Whiteman, Dimond Roofing Auckland Sales Representative, outlines “A roof of this size has costly logistical and safety challenges with large mobile cranes and coordination between roofing and other trades on site. The concept of “roll to roof” was offered as a solution to this project.”

“The system streamlines the two-step process of rolling and shaping the steel roof at ground level and craning it into place, into one continuous process that is completed on the roof, he said.

“The system has never been used in New Zealand before and the companies involved wanted to try something innovative and the scale of this roof made the project a perfect pilot for the system”.

Several modifications were made by Dimond to the roll former. Extensive work was required to allow machine operators remote access from the roof to the machine’s controllers. All this had to be done while the machine remained in service on other jobs leading up to starting on the Foodstuffs site. Once the platform was ready two test lifts took place to ensure everything worked as intended.

When the start day arrived an exclusion zone almost the size of an Olympic swimming pool was set up around the lift area involving two cranes and all the associated equipment required plus all the coils. There was intense scrutiny on the operation and most key stakeholders had H&S representatives on site to observe. The first run went off without any issues and after the coil exchange was completed it was obvious all the planning and collaboration had been a success.

From Kiwi Roofing’s perspective, planning was key to bringing this unique project to a successful conclusion, safety being key to installing the sheets flowing over a series of rollers gutter-to-gutter on this significantly large roof, safety mesh, underlay and clips installed prior to installing the sheets along the roof. Two cranes supported the suspended containerised roll forming machine which was anchored by several ten-tonne concrete anchors; the system can be utilised using one crane in the event that there is not enough room on site for two.

“One of the biggest challenges with installing a roof like this is wind”, says Paul Connell. “When the wind is blowing it’s not safe to be craning sheets of steel up to 16 metres in the air. With roll to roof and a moderate wind, it didn’t delay the process.

“We had a team of up to 15 installing the roof starting in July 2019 and finishing in March this year, the system proving to be safer and faster, saving an estimated two months’ time on the installation”.

The project schedule was never impeded

The roofing element of building the distribution centre was carried out while the building was under construction, the method allowing the steel fabricator to work unimpeded by the Kiwi Roofing team. As steel sections became available the roll to roof process could be completed.

Located at The Landing Business Park, Auckland Airport, the Foodstuffs new distribution centre is set to be completed and opened by the end of this year. 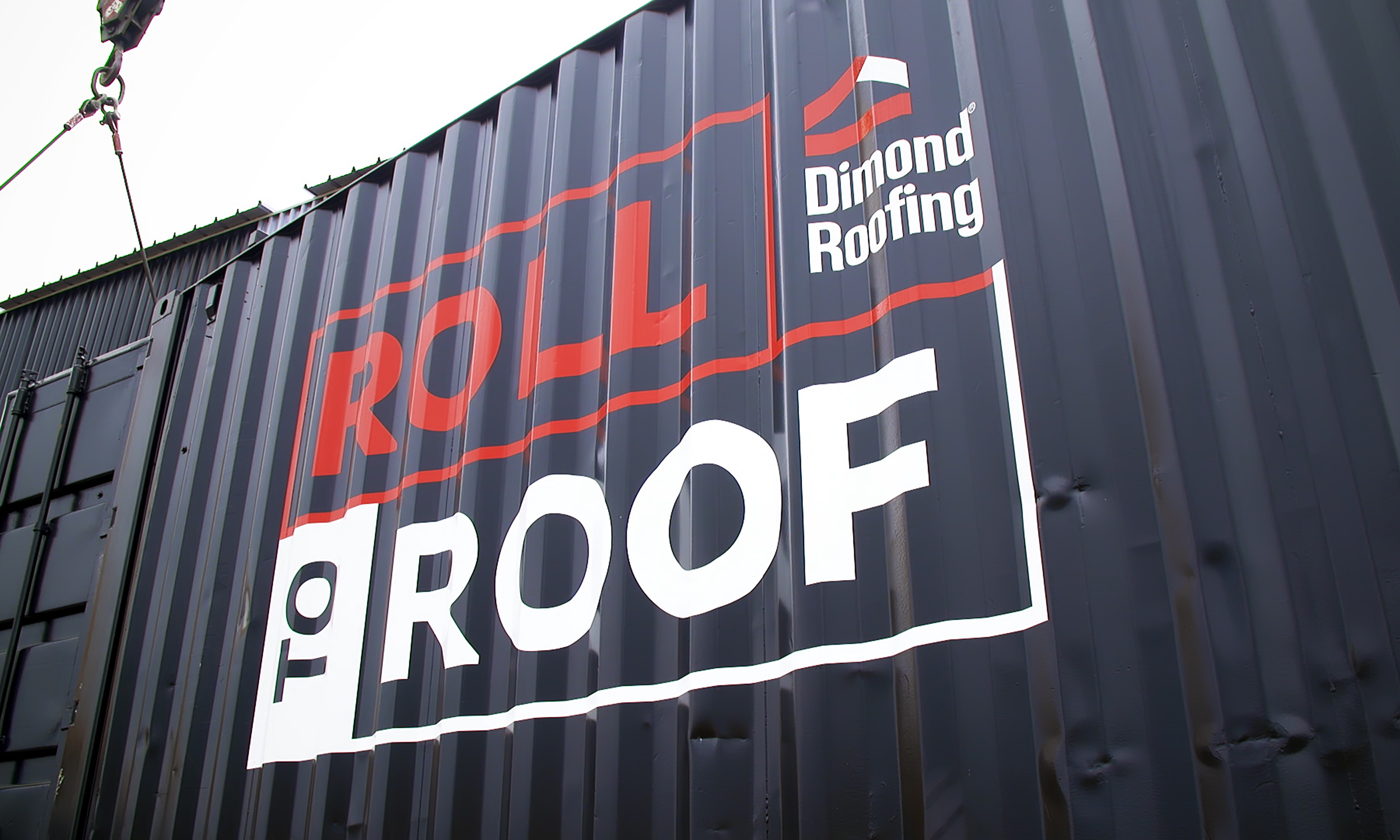 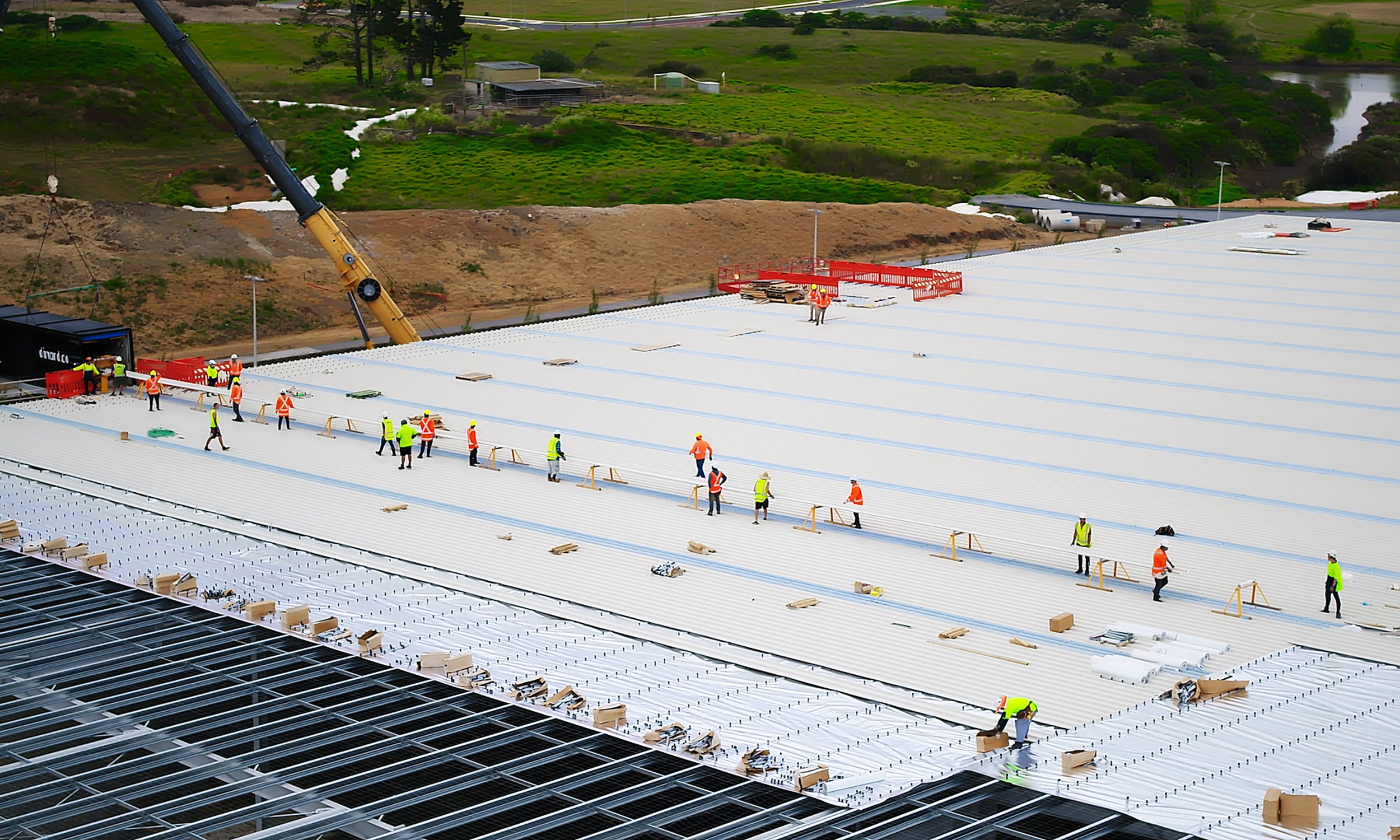 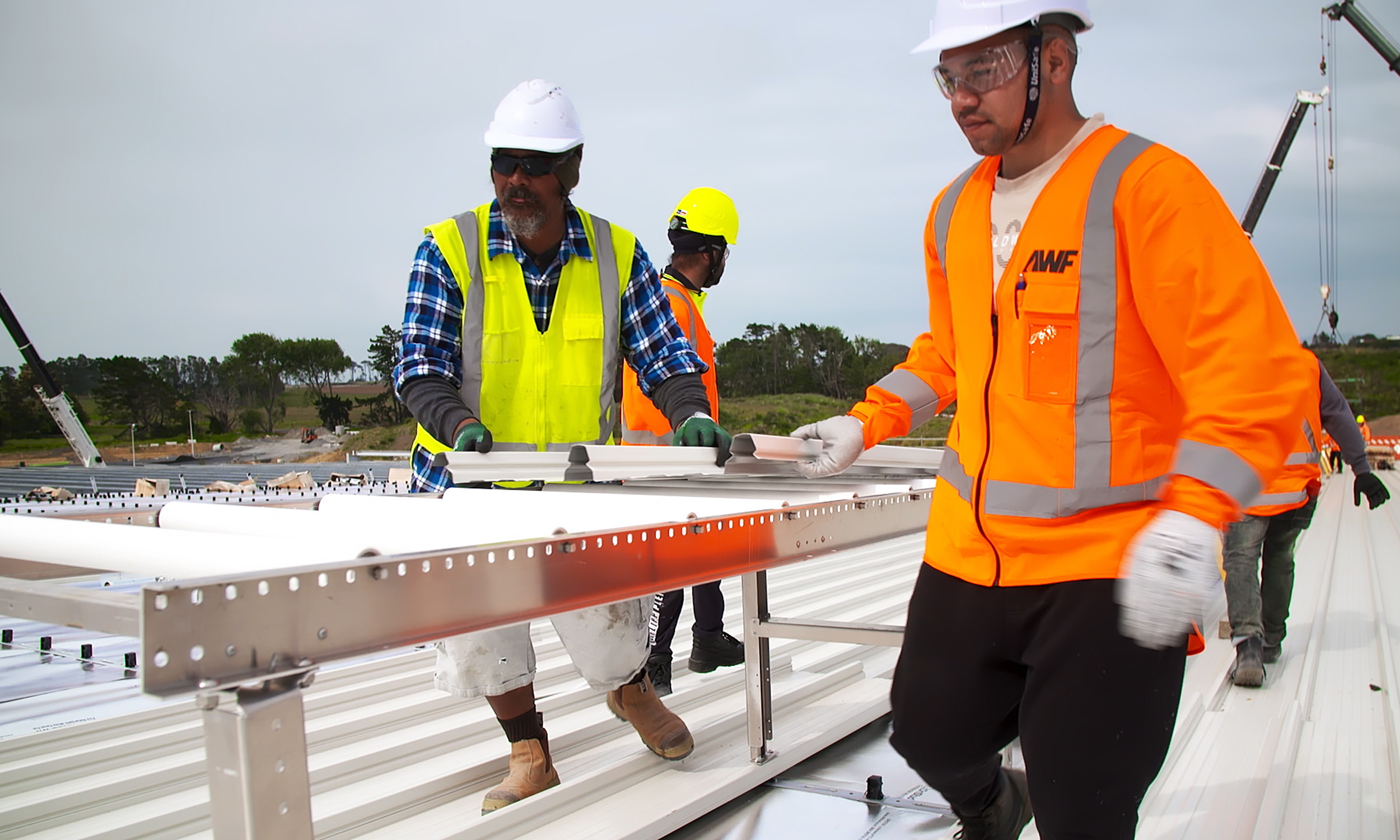 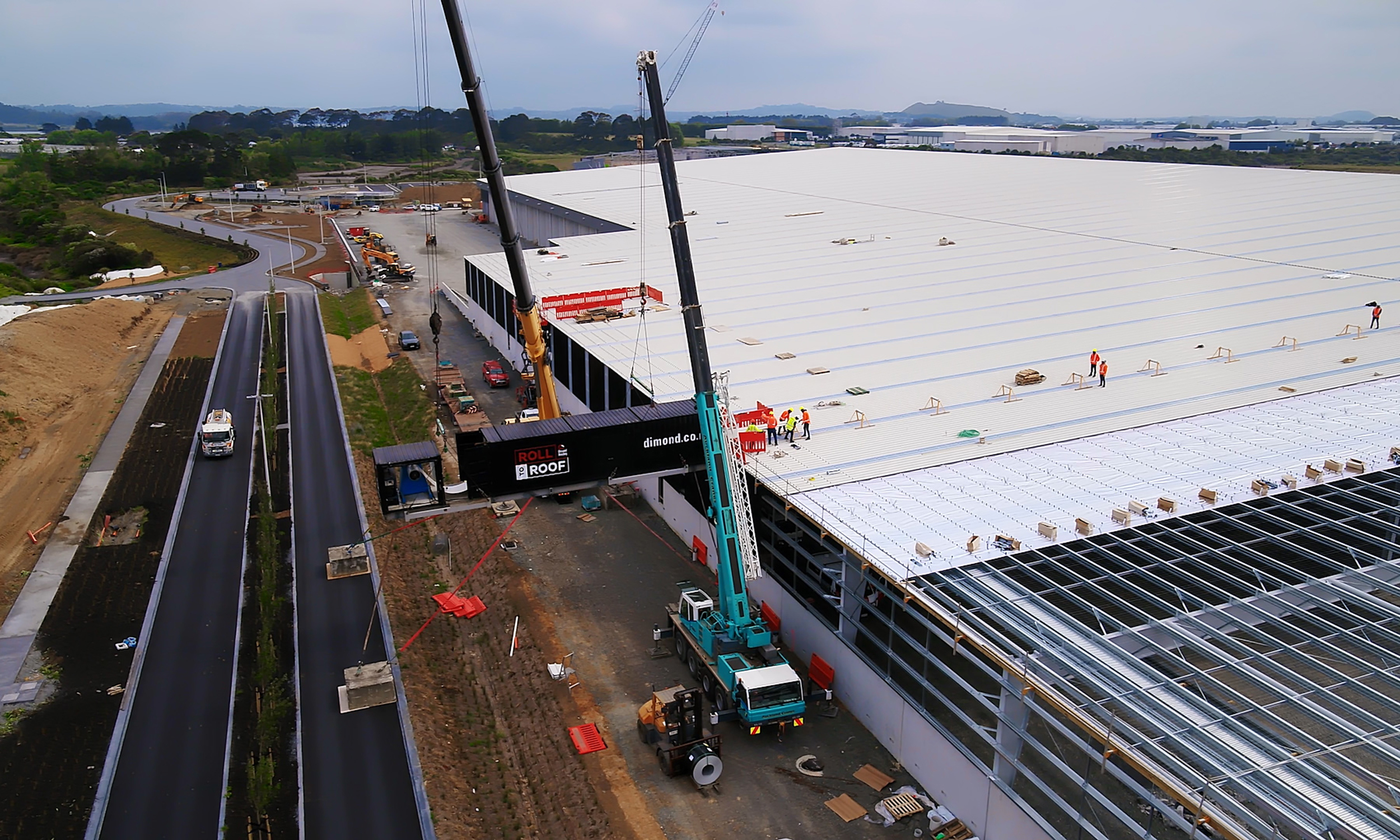 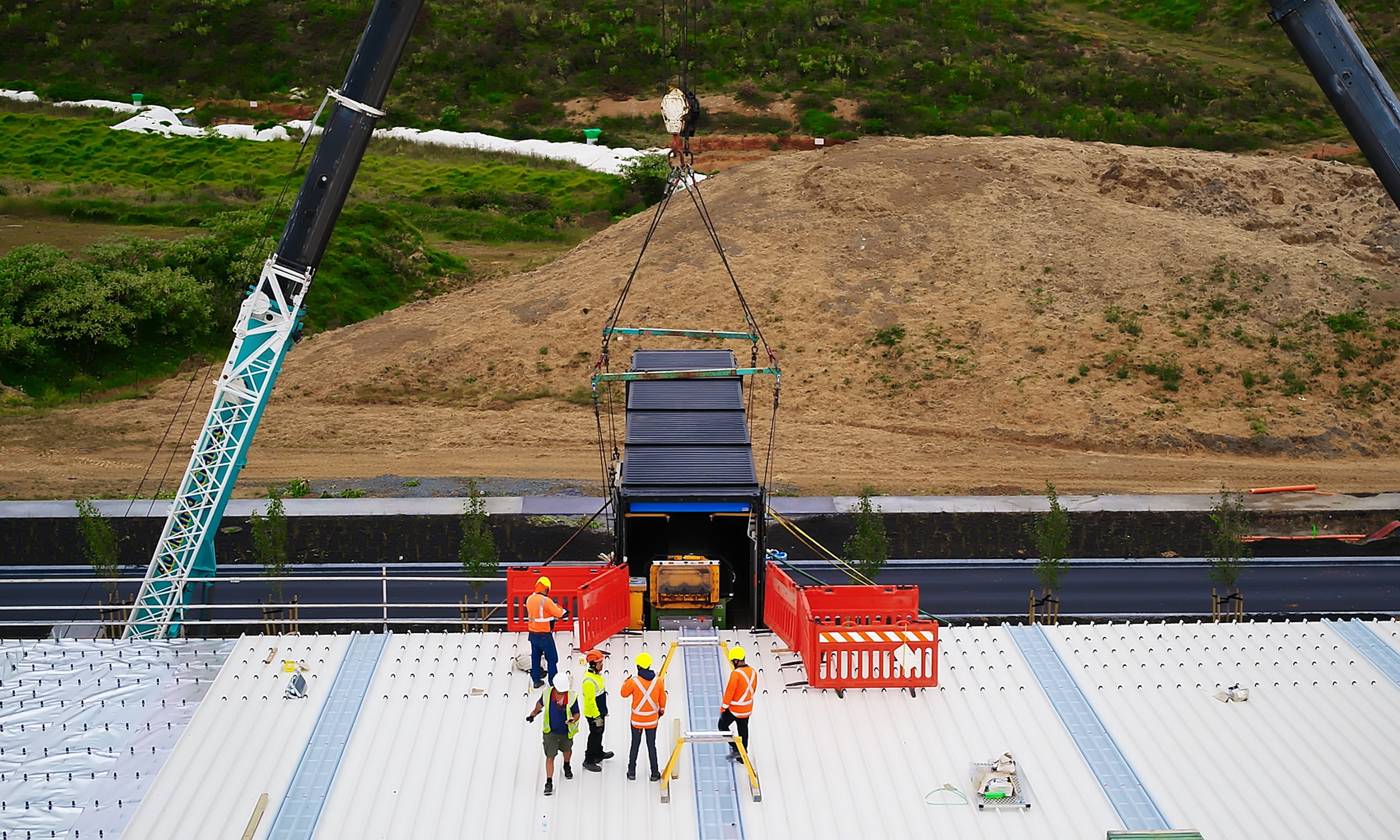 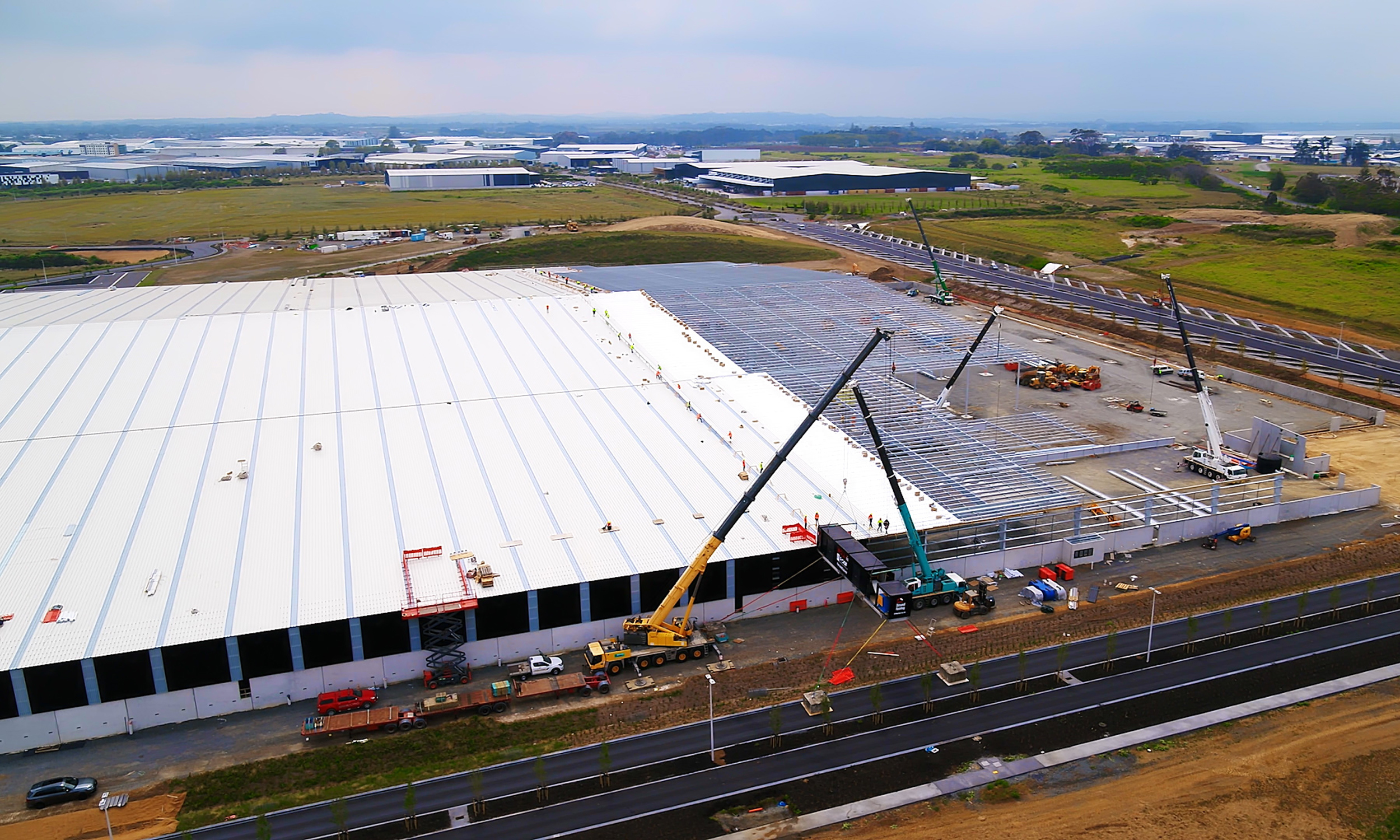 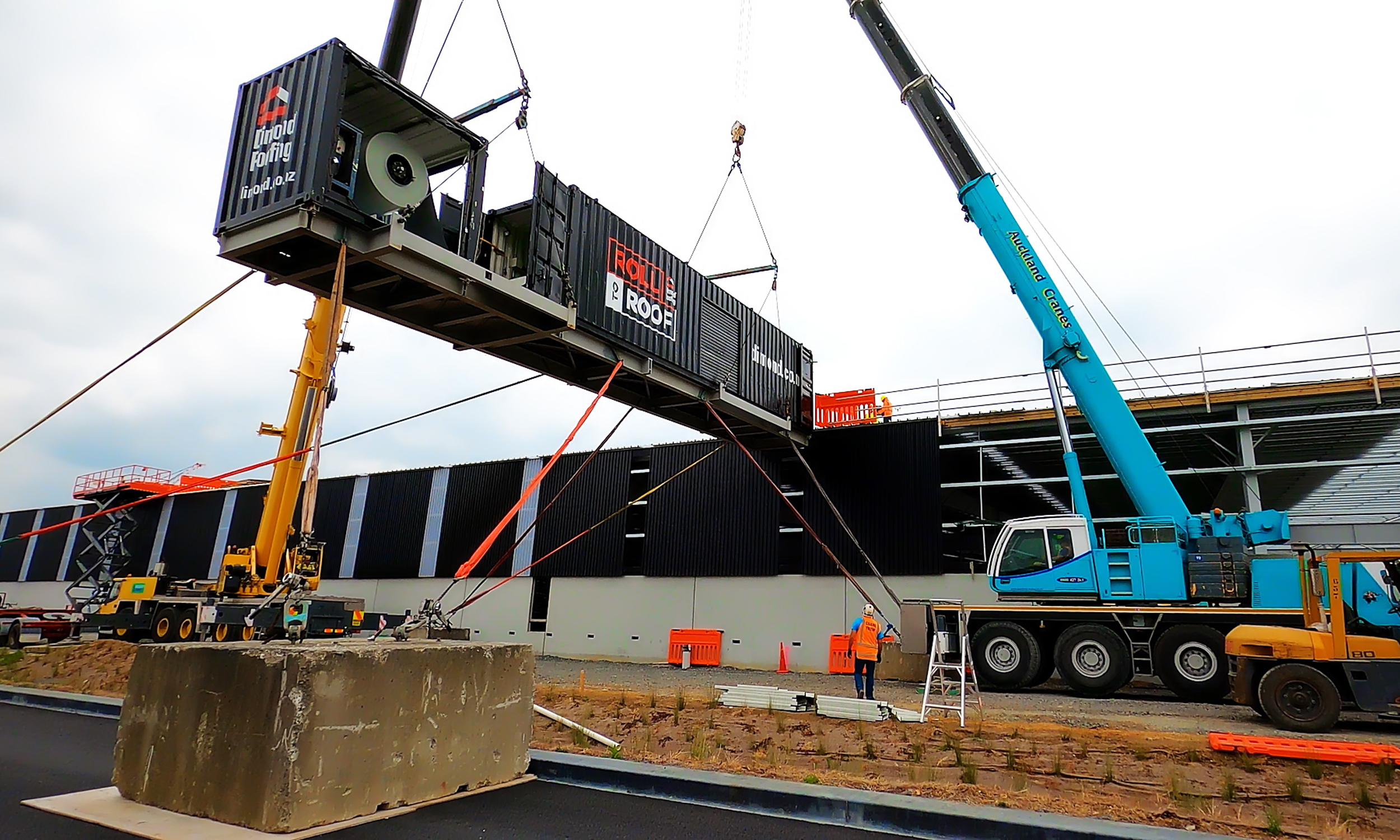