The heritage building was re-roofed with Corrugate in the colour Scoria and took three stages to complete.

In 2010 James Glucksman and James Boussy bought Pen-y-bryn, a Category One historic status building as granted by Heritage NZ after conducting a worldwide search for a Luxury Lodge to enjoy semi-retirement in.

After purchase, they immediately set about renovating the historic home as the need and opportunity arose while staying within Heritage NZ guidelines. The first item requiring attention was the insulation throughout the home to reduce the heating costs and an update of the internal heating system which was followed by additional internal upgrades such as wiring and flooring.

Finally, in 2017 the major task of replacing the ageing roof could begin. James said, “The roof replacement was planned from the date we purchased the house – since the roof was original, we knew it was not long for this world, and in many spots, it was far from waterproof. We made do with patches initially, but eventually that was no longer feasible, so we began what was conceived of as a three-year project to replace it.” He also said the work was planned for the low season so as to minimise disruption to guests and was broken into stages due to the sheer size of the project.

In keeping with the traditional look, Corrugate profile in ‘Scoria’ was used for the 795m2 roofing job which was carried out Josh Tulia of North Otago Roofing.

The first stage began in May 2017 over the south end of the building, originally allowing two weeks to complete works. This was no mean feat for two roofers to complete in time, who’s preparation was just looking at pictures of the roof.

Stage 2 started May 2018 and took a more realistic four weeks to complete, including dismantling, refurbishment and replacement of the ‘widow’s peak’ flat roof and decorative steelwork.

Stage 3 over the private area began in October 2018 and took a total of five weeks to complete – including replacement of the veranda and flat roof areas with a custom-made tray, which the roofer designed to look as close to the existing roof as possible.

“When we bought the property in 2010, I am not sure that we had that firm a grip on just how much work would be required to bring the house up to the standards we had set for ourselves, but once we got started it sort of took on a life of its own,” says James Glucksman.

He added, “Fortunately, the popularity of Oamaru as a destination for overseas visitors, combined with the good reviews we have received from the many guests who have made their way to us over the years means that we have had the good fortune of being able to invest the funds needed to keep Pen-y-bryn alive and indeed to make her more likely to last another 130 years or more.”

Pen-y-bryn Lodge is a Victorian mansion built in 1889 for John Bullied, a successful local businessman, and his family, and is reputedly the largest single-storey wooden dwelling in Australasia. “Pen-y-bryn” is Welsh for “Top of the hill” and is an apt name as the lodge sits atop South Hill

The wooden home is unusual in Oamaru, where the absence of trees when the British settlers arrived meant most buildings used the local limestone. But the Bulleids were concerned about earthquakes, so wood for the frame of the building was brought over from the West Coast. They also wanted to keep with English tradition, so the interior is constructed of English oak that the Bulleids had shipped all the way from Britain. 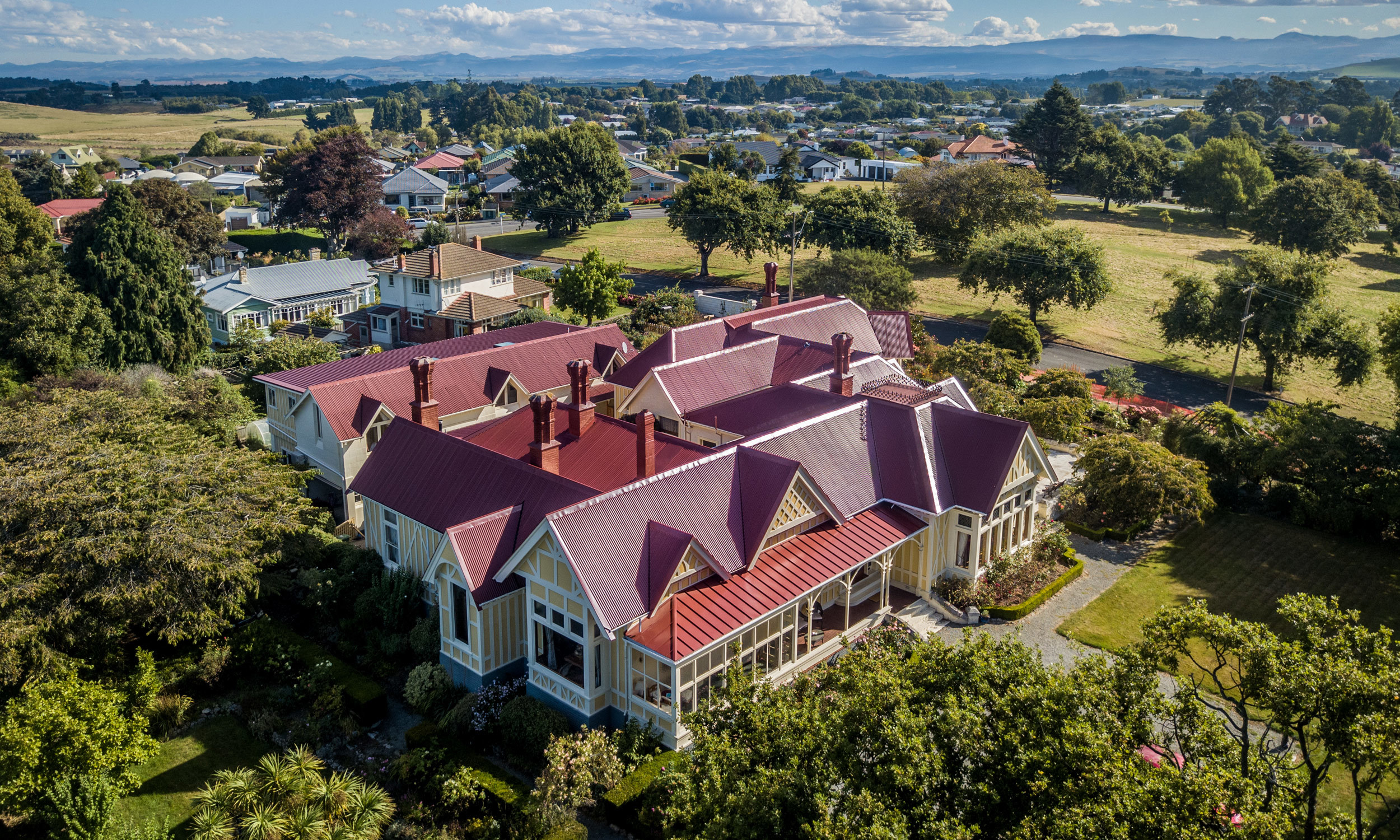 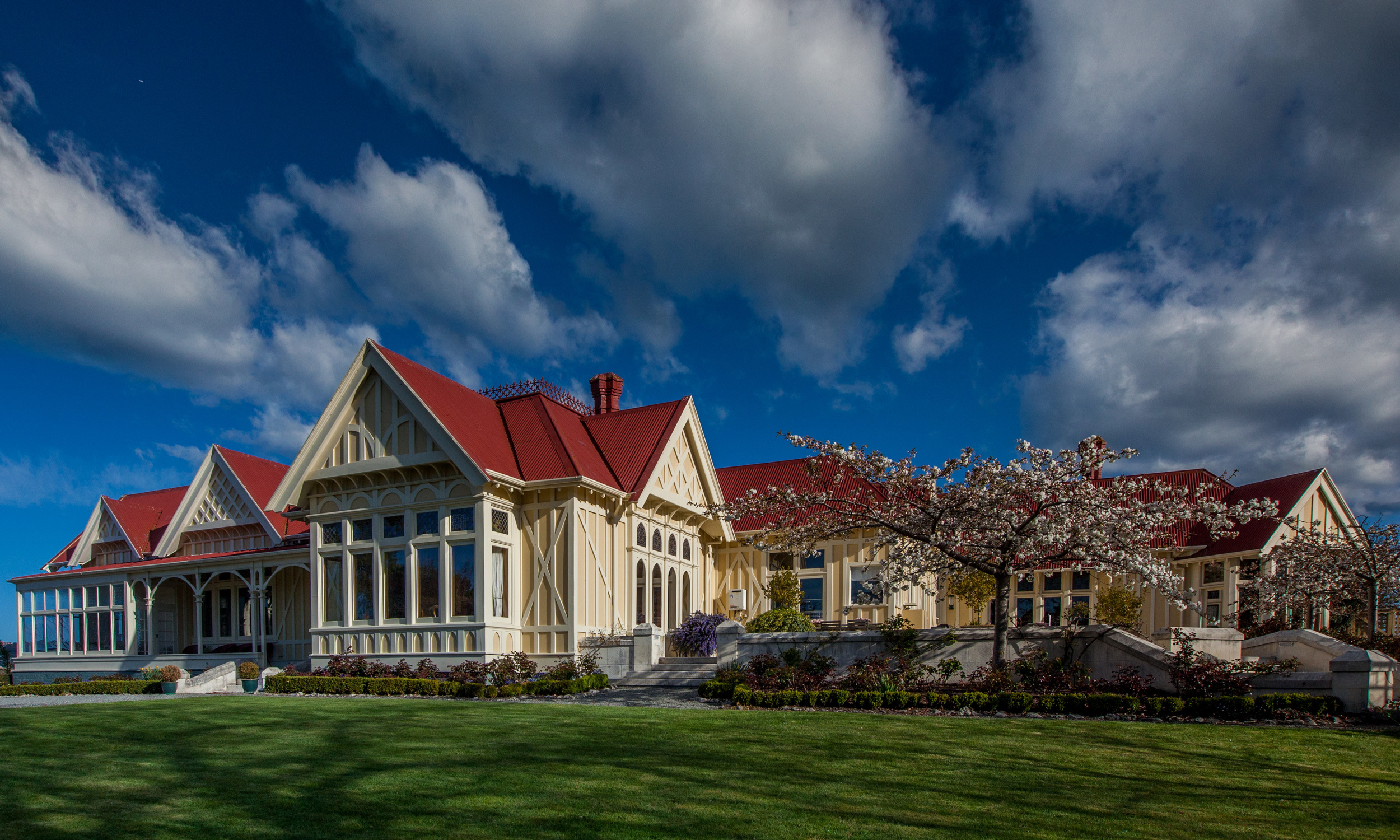