A ‘forever’ home known locally as “The Hanger”

When a 1600m2 site in West Melton was purchased the owners were looking to build their “forever” home- something that would capture the magnificence of the rural vista to the mountains in contrast to their hectic urban lifestyle.

This became the challenge for Rangiora architectural designer, Jason Higham (Higham Architecture), to create a home with long term appeal and Lifemark standards.

West Melton is a small but steadily growing rural town, 20km west of Christchurch which has attracted new sub-divisions along with group housing activity.

However, Janet and Bernie Cummings’ express wish was for a home that was different and unique, one that would stand out but linked well with the rural environment of the town. It was to provide adaptability for their future needs – a haven for the rest of their lives.

Some of the locals have nicknamed Janet and Bernie’s home “the hanger”, Jason Higham’s bold design maximising views to the alps from its position on the outskirts of a sub-division which used to be farmland.

The immediate impact of this home is its form and orientation on the site, set well back from the street unlike many of the street- facing homes. It is angled to benefit from best sun, offers privacy and outstanding views to the mountains.

Jason drew his inspiration for the home from the local pastoral landscape, the main form of the building paying homage to the iconic kiwi farm shed with simple, strong angular lines and requiring low maintenance metal cladding reinterpreted in an elegant and contemporary way.

The long-term safety, usability and adaptability of the home was at the heart of the design which has achieved the maximum 5-Star certification under Lifemark’s design standards.

The public face of the building is punctuated by a few slender windows leaving the minimalist forms and claddings to stand proud. Sleek black steel in wide tray profile contrasts against white plaster, while the visual warmth of cedar weatherboards harmonises the overall aesthetic.

The sparseness of glazing on the public face of the home is not just about privacy, it is also the southern face and therefore more thermally efficient to reduce glazing on that side. Contrast this to the northern face with large expanses of glass, much of which slides away, thereby blurring the boundaries between inside and outside.

There is level access off all rooms to accentuate this and to lock in the sun-bathed private face of the home to meet the owners’ much-desired oasis.

Says Jason: “A welcoming entry flows easily through to open-plan living spaces where the kitchen becomes a social hub with scullery space hidden behind and out of view.

“Capitalising on the solar gains is the thermal mass of polished concrete floors throughout the main part of the home”, says Jason. “Atop the bedroom wing are photo-voltaic laminate panels laid within the wide tray roofing for a virtually invisible additional energy source.”

“Three bedrooms were needed for the client’s but their goal was to have one at first-floor level to capture the stunning views across West Melton farmland to the Southern Alps. The rising angular form of the design enabled a discrete realisation of this goal so coupled with engineer requirements for the structure, it has also provided a large bonus storage room hidden behind the master bedroom. In time the home adapts well for the future needs of homeowners when a first-floor master bedroom may become beyond their reach with two good sized bedrooms at ground level, the two levels currently connected with a floating staircase providing an open, light-filled interior.”

The principles adhered to in this design ensure that Janet and Bernie’s home is easier to live in both now and in the future and it easily fits the description of being “refreshingly unique.” 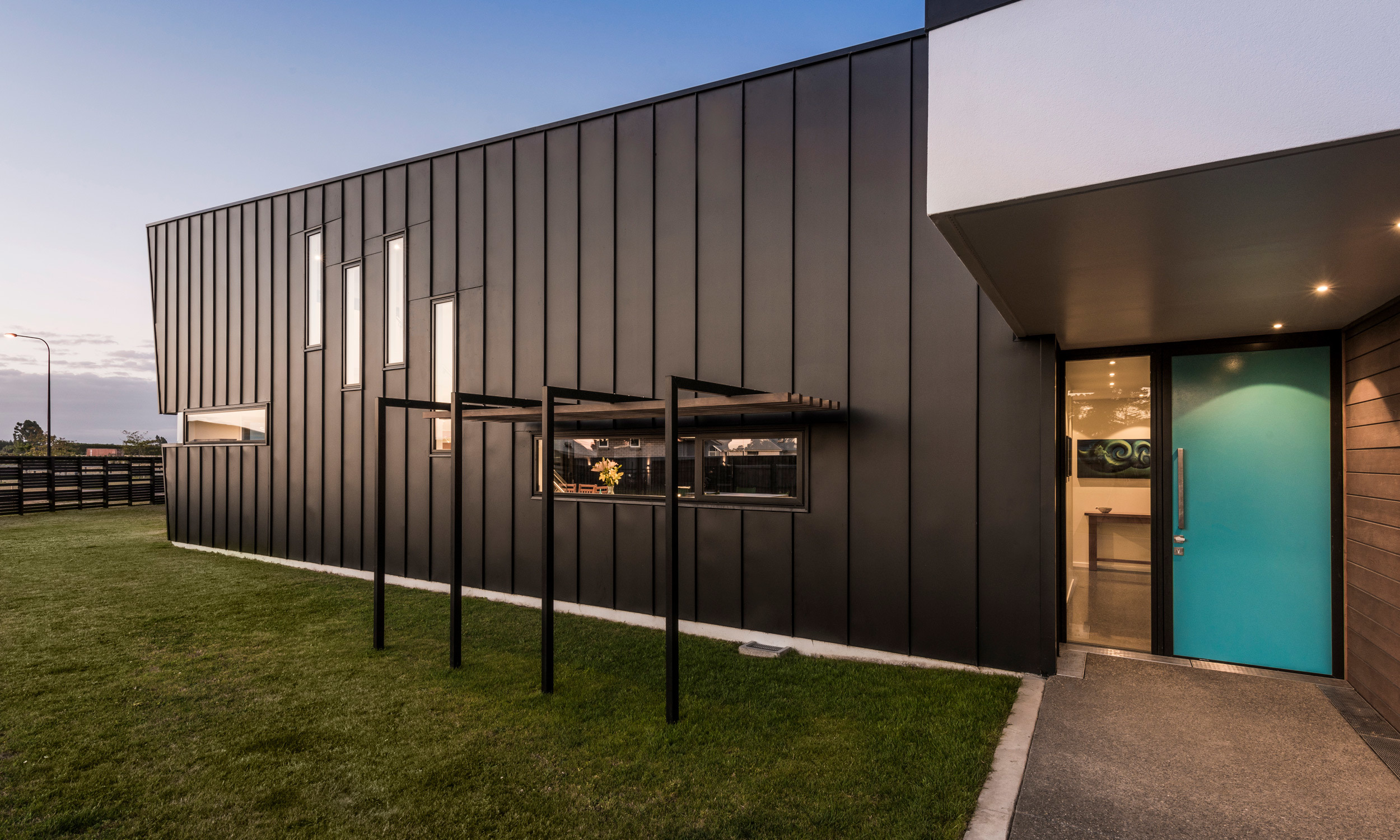 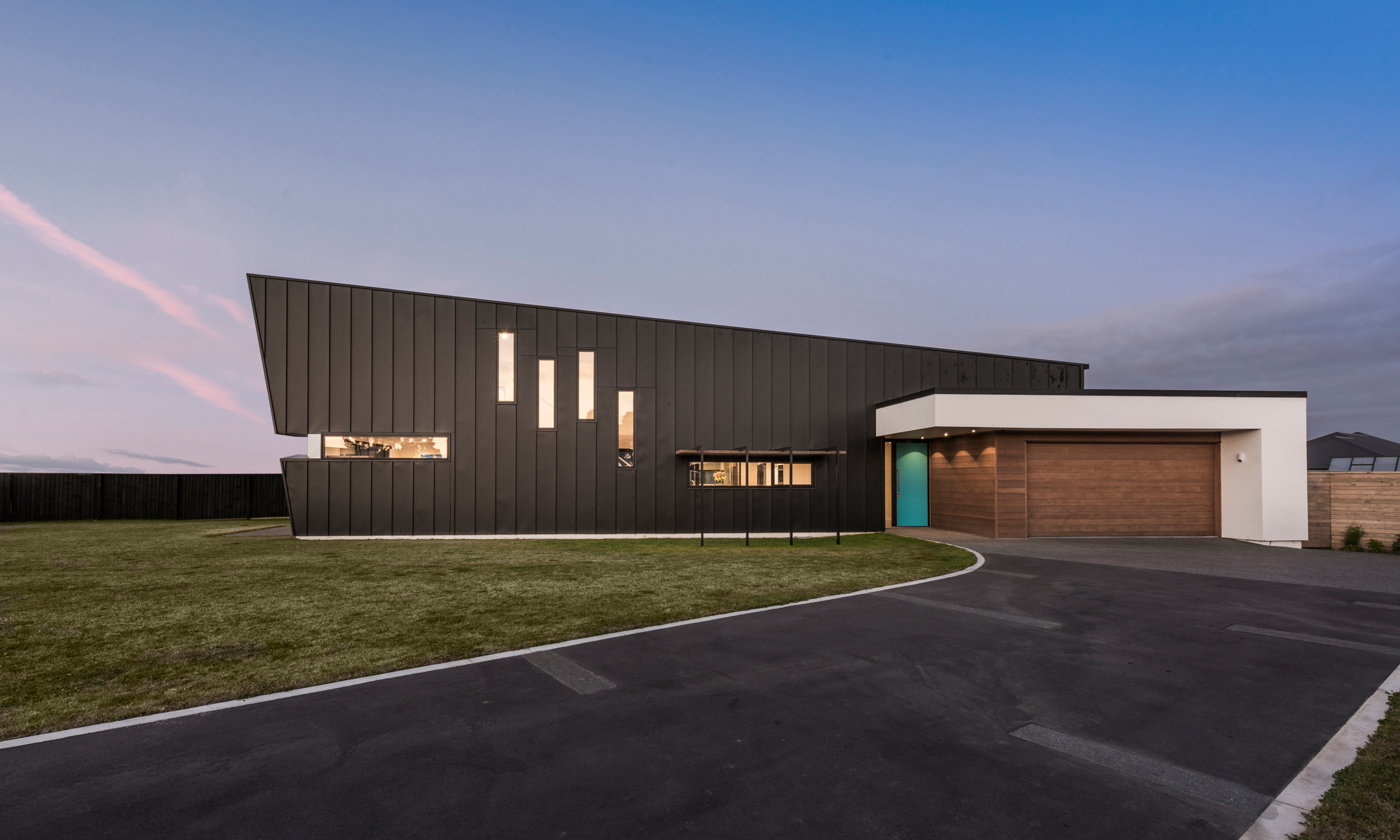 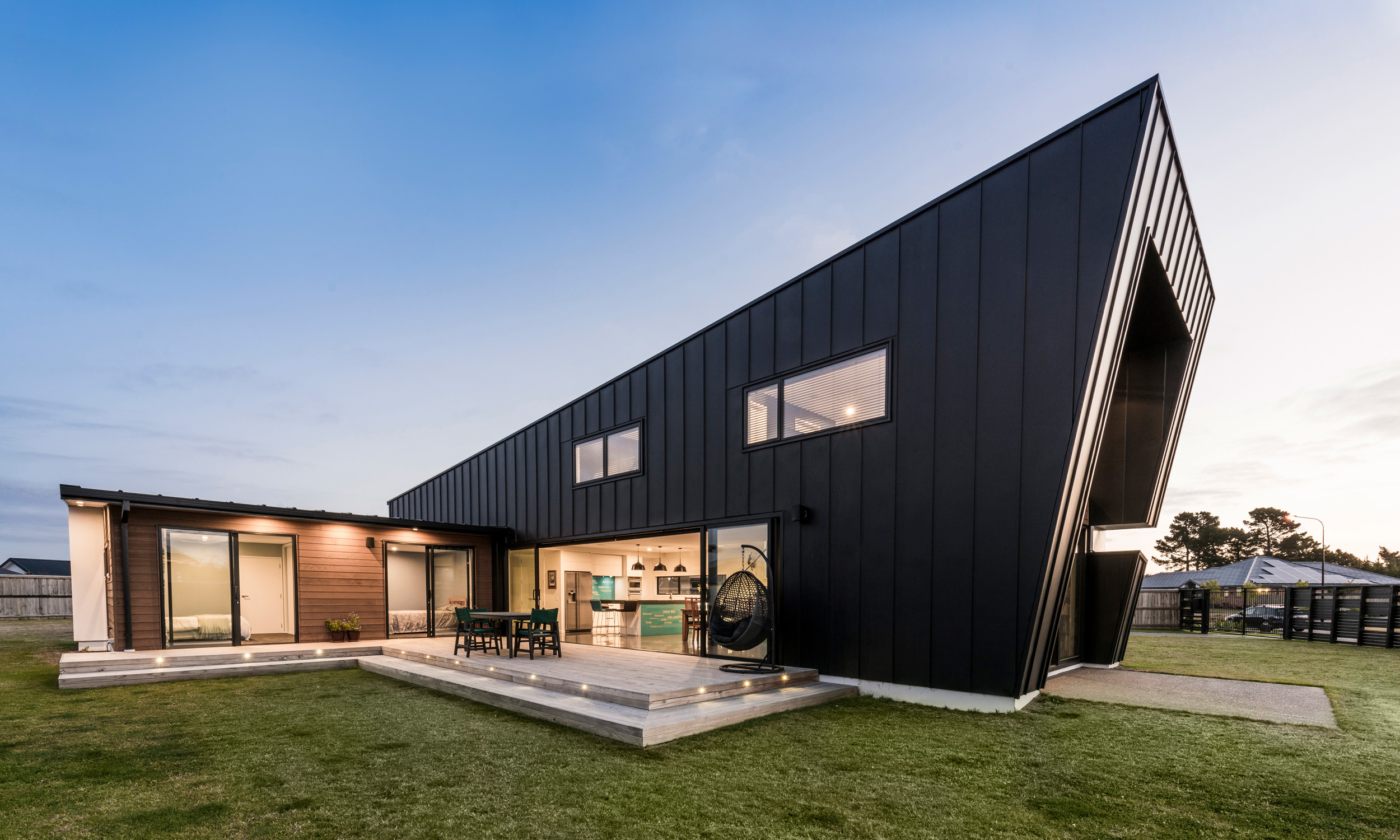 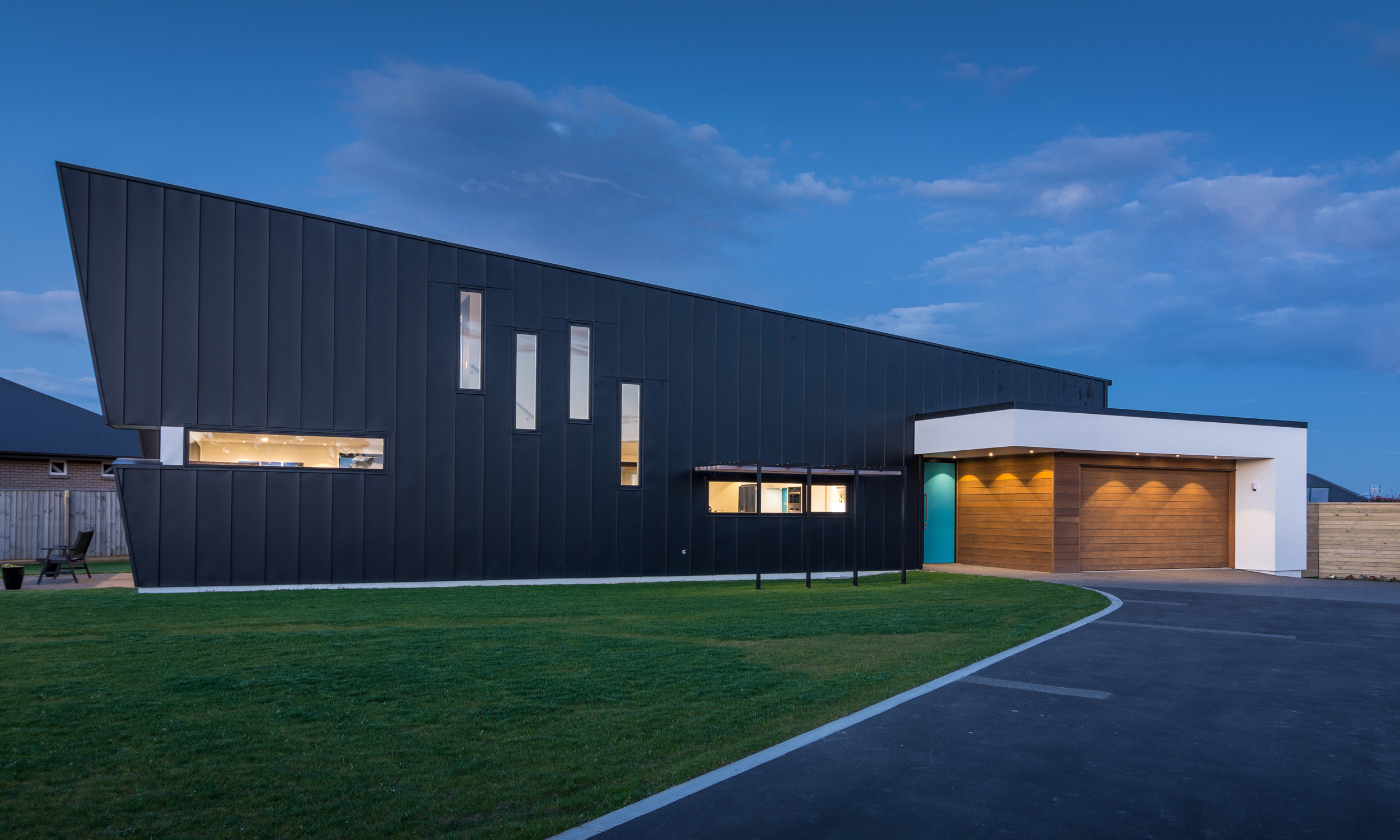