A Testament to Christchurch’s Strength

A Testament to Christchurch's Strength

Following the devasting 2010 and 2011 earthquakes, the latest historic building in Christchurch to be successfully restored is the infamous St Peter’s Anglican Church in Upper Riccarton.

Consecrated in 1858, this Gothic-style stone church is the oldest of its kind in the city, and home to one of the two Rieger organs in New Zealand. St Peter’s suffered some major damage - including to its slate roof - after the earthquakes. Tennent Brown Architects were tasked with repairing and strengthening the church. And so, out of the rubble came a unique opportunity to create better ways for St Peter’s to serve their community going forward.

This entailed the inclusion of new extensions to increase St Peter’s amenities. These extensions formed out of Port Hills Basaltic rock have positioned the church as a hub for community engagement in the 21st century. The stunning new atrium enveloped in glass has a simple, modern form that flows effortlessly with the original stone building. This attractive atrium also has a kitchen where parishioners mingle after a service for a time of fellowship.

The introduction of new extensions to be clad in zinc with laminated timber columns was an opportunity for one of Dimond’s RoofingSmiths in the area, CS Roofing Canterbury Ltd, to provide their high-quality services. CS Roofing has extensive expertise in wall cladding installation which is exemplified in the church’s five newly created extensions.

Rhienzink from Germany was supplied in coil form and rollformed by Dimond® into Eurotray® Double Standing Seam with trays ranging in length from 3m to 9m. Last year’s shipping delays caused by the pandemic did not make life easy, especially when the European imported product was specified to inject new life into the landmark Christchurch building.

CS Roofing Canterbury’s Dustin Van Biljon led a team to install the Rhienzink trays to the project over a period of 3 to 12 months. These installers also provided an innovative solution around the windows by using welded aluminium to give the appearance of zinc to match the vertical Rhienzink trays. In addition to the wall cladding new zinc parapet cap flashings were also installed to two church gables. Eventually, the ten year wait without a church to worship in was finally up, and the arrival of the meticulously restored St Peter’s Church was greatly celebrated by its resilient community.

St Peter’s Church was commended as one of six finalists in 2021’s Seismic Award sector of the Canterbury Heritage Awards. The Seismic Award recognises commitment to investment or a unique solution to earthquake strengthening which has saved or will now protect a heritage building or structure. This proves that St Peter’s, now made stronger, will continue to serve its community for generations to come. 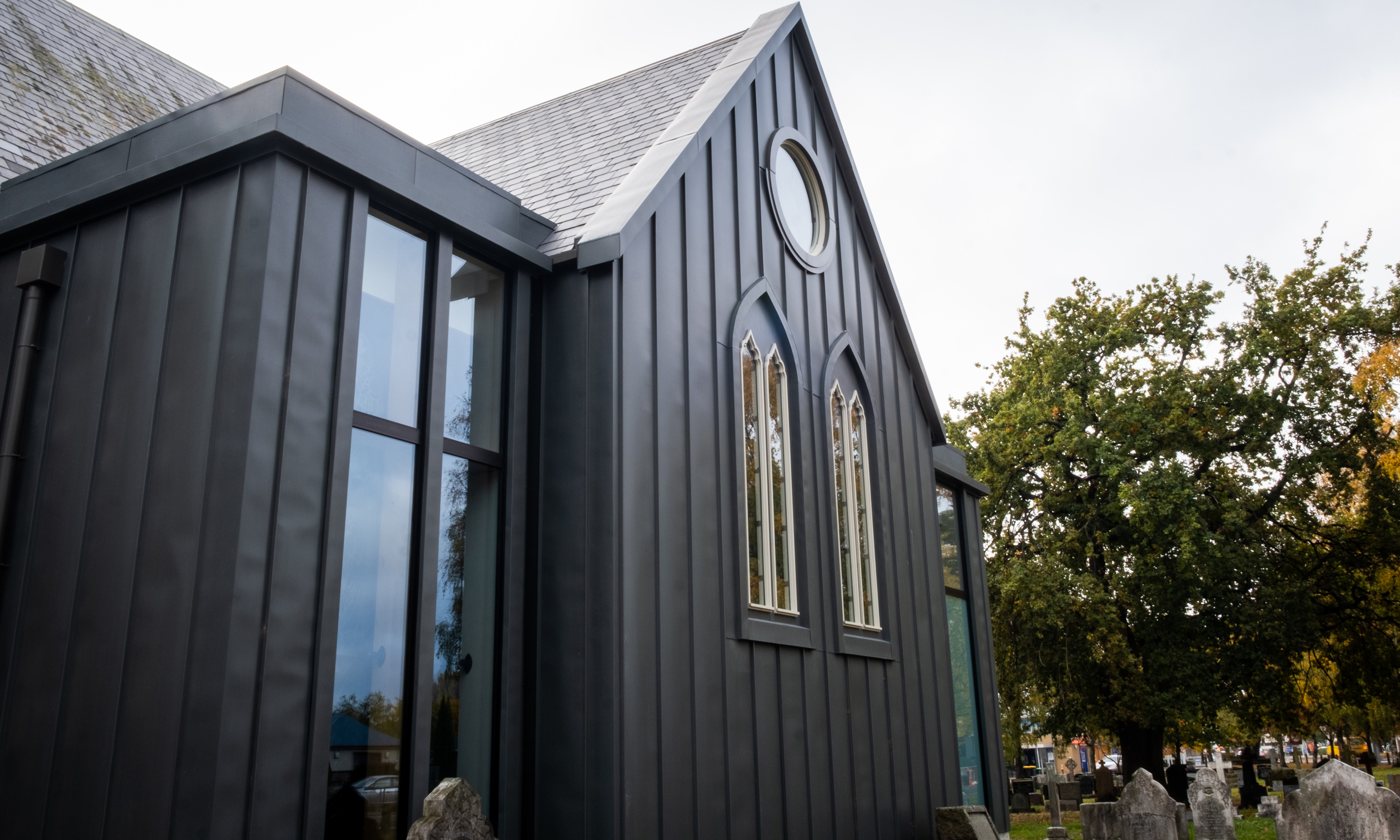